Discovering the Good in the Badlands 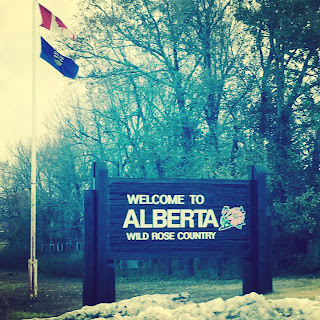 Oih, we’re in Canada! Weeeee! It’s been about 7 years since I visited this friendly country and 31 years for my mom. We entered through Alberta, just north of Glacier National Park. The border patrol lady, with the traditional Canadian accent, warmly welcomed us to Canada but sadly, did not stamp our passports. Sniffles. We are en route to Banff right now! More details to read later. 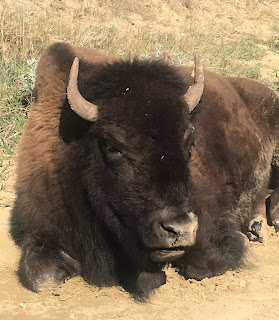 Let’s backtrack to the Badlands…oh…a week ago? (So many stops since then!). We drove from Fergus Falls to Theodore Roosevelt National Park, with a quick stop to see Salem Sue along Interstate 94. If you enjoy animals, Teddy R. would be the park for you. We drove the 2 hour loop and were able to see two solo bison (which made us giddy in excitement, our first wild animals!) and then about 10 minutes from the end of the loop, a group of 100+ bison were essentially sitting on the side of the road, just waiting for their picture to be taken. Sigh. It was still neat to be that close, but not as exciting as the two solo bison (we had to work for those pictures!). 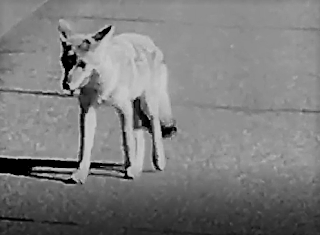 At another point, a lone coyote was walking along the side of the road, intently focused on something in the bushes. We stopped the car and watched him hunt. He pounced but quickly lost interest (as well as his prey it seemed) and turned in our direction. He walked in front of the truck towards the other side of the road, but seemed oblivious to our presence. A flock of turkeys also crossed the road in front of us, causing us to stop and wait for them to pass. Then there were the fields (and fields) of prairie dogs. So many holes, everywhere. These cute little guys kept making squeaky noises at what seemed like hundreds of friends and relatives.

The view overall was decent, not my favorite, but the closeness of the animals was awesome. I also enjoyed the history of the park, learning more about one of our presidents and why he created the Forest Service and became a conservationist.
We then steered our truck south to Rapid City, South Dakota, and stayed with…more cousins! Huge kudos to family who have made the beginning of this trip more comfortable and fun. We slept in the next day and took our time making it to Badlands National Park, via Route 44. The majesty reminded me of the UT/AZ parks. It was big and beautiful with varying colors of rock (similar to Bryce Canyon/Zion, etc., just not as red). 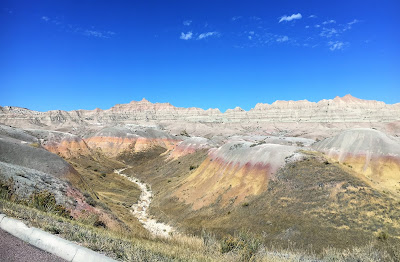 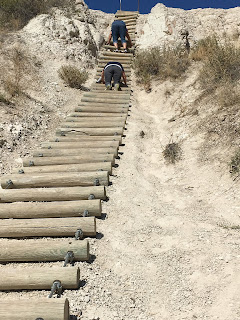 We hiked the Notch Trail which was short (1.5 miles) but unique because you had to climb a log and cable ladder that was flat against the side of a cliff. Once up, you walked along a narrow ledge that had a steep drop-off on one side and cliff walls on the other (made me weary as I’m sure you heard about the El Capitan cliff collapses in Yosemite). Eventually the trail widened into what looked like a dry creek bed. The view at the end was enjoyable as it overlooked the entire White River Valley and a chipmunk kept me company for a bit. 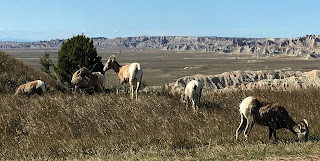 On our drive back to Rapid City, we took Interstate 90 and saw chipmunks, bighorn sheep, pronghorn, and bison. So many bison. This north route provided much better views than the south route!

We also stopped at Wall Drug (apparently it’s a must if you’re in South Dakota.)! We tried the homemade vanilla ice cream (oh so delicious) and ate a quick lunch before dropping off the cousins in Rapid. Filled up the gas tank at Sam’s Club ($2.09 – cheapest gas we’ve found!) and headed towards Jackson, Wyoming. 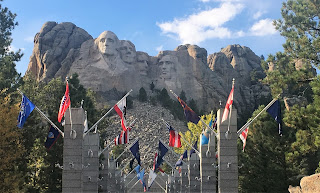 A quick stop at Mount Rushmore for the obligatory tourist photo, then we were back on the road. As the day was later than expected, we decided to skip Wind Cave National Park and continue heading west.

One area I absolutely adored? Black Hills National Forest. I will be back when I have time to explore and hike and camp out. This area was stunning. We kept driving in and out of the forest and every time, I was in awe. Loved it. One day, Black Hills, one day!