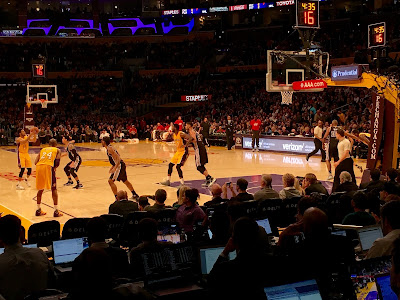 Took a quick 3-day weekend trip to Los Angeles and filled it with tons of touristy happiness. E and I arrived early Friday morning and drove up to Malibu. Attempted to eat at the Malibu Café but we arrived 45 minutes before opening and didn’t feel like waiting. So, we drove back through the hills towards the coast and chose a cute Italian Restaurant. Yeah, I know, poor choice, considering we’re on the coast and fresh seafood is abundant. I did order the Lobster Bisque. It was quite delicious. And the owner and waitress were extremely kind and welcoming. 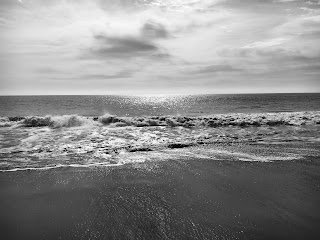 We walked to the beach and admired the Pacific coast for a bit. Took some fun pictures, then stopped at a liquor store to grab E some vodka and sprite. After all, the reason for the LA trip was his birthday.

En route to pick up A from the airport, we stopped at Santa Monica Boardwalk and explored. I was saddened by the overcast weather and wearing jeans and a sweatshirt at the beach (even if it was January), but the company was good and who doesn't love ferris wheels? 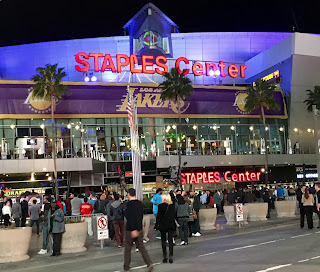 We stayed in a downtown hotel about .9 miles from the Staples Center (the main point of our trip). Walked around the area while it was still daylight, then met up with JS at the hotel restaurant where we enjoyed a few beverages and good food. Unfortunately, no one ordered the chicken and waffles even though it sounded delicious.

The area surrounding Staples Center was fun. Lots of bars, clubs, restaurants, bright lights, much better than AAC (Dallas needs to up their game). Thanks to A, we had amazing seats to watch Kobe (the reason for the trip), and the beer from Goose Island was delicious. Tried the IPA and a Jasmine (better as the night wore on). The first and last quarter was interesting. A and I took a lot of selfies throughout the second and third quarters and engaged those around us in conversation. Overall, a fun time.

After the game, we went to the bowling alley that was in the fun area around Staples. The wait was ridiculous (what else would you expect for a city bowling alley?), so we went to the dance floor area, ordered a few drinks (that were about $20 a piece - blegh), and danced the night away. E left Saturday morning and A and I were supposed to drive up to Ventura to catch a boat to Channel Islands NP. Unfortunately (or fortunately if you’re A), we received a 5:30am email that due to rough waters, our Scorpion Cove landing would not be possible. The island they would take us to was 45 minutes further, making the total boat ride 90 minutes…over rough water. (Yeah, no thank you.) We asked for a refund then decided to hike to the Hollywood Sign. The day warmed up a bit and we had our first rays of sunshine on our faces. Overall, the hike was about 7 miles and we were exhausted at the end. But it was a great way to spend the day and our fitbit counters were put to good use. 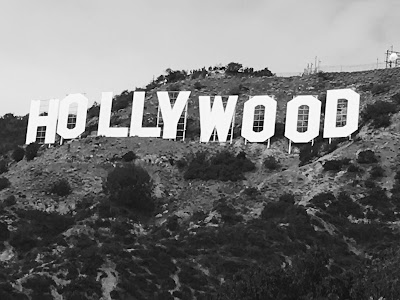 We ate in downtown Hollywood, watched the street vendors/characters from our view from above, and were able to see a film crew do at least 35 takes of a man walking towards the camera, speaking, and then doing it all over again (while those dressed up as a character continued to do their own thing and entertain the tourists).

Exhausted from the day (and probably a little from the night before), A and I stayed in and watched The Proposal and The Longest Ride (surprisingly better than expected). A full night of rest found us eating a hearty breakfast and then taking 10 flights of stairs back to our room (why? Well, why not?). We packed our bags and headed to Venice Boardwalk. Parked close to Santa Monica and walked along the bike path, watching and enjoying.

This was my favorite part. The sun was shining, I was wearing a tank top (and comfortable), and the people we passed were from all walks of life, so interesting to watch and listen. One street vendor was selling black and white photos of the Venice area but highlighted in neon colors one item in the photo. It was beautiful. For some reason, I really wanted to buy a cute little Truffala tree in an adorable tiny pot (Dr. Seuss). No idea why. It was just so aww-dorable. Apparently, neon colors are the way to my heart.

The best part of Venice Boardwalk (no, not the body building gym that had muscular guys putting on free demonstrations of acrobatic moves and lifting tons of weight), took place at the original location of Muscle Beach. It had rope climbs, parallel bars, balance beams, swings, rings, bars, and so much more. The cool part was that there were hundreds of people using this equipment, working out on a beautiful beach, with a ton of like-minded people. We saw a women dragging a tire about 100 yards. Didn’t seem too impressive until she finished, tipped the tire over and all the sand (which added to the tire weight) fell out. Other people were waking on ropes, attempting to balance. Some were doing acrobatic yoga. Even random tourists were taking part. It was a welcoming environment that promoted fitness. I loved it.

After walking another 20,000 steps around Venice Boardwalk, A and I headed to LAX for flights home.

Conclusion: L.A. has its moments of greatness (drivers were polite and everyone we encountered was kind and welcoming, and of course Venice Boardwalk) but it is not a city I would want to live in or possibly ever visit again (super dirty, smog, and the city doesn’t seem to take care of the basics).

Marked it off the list. Moving on to the next possibility. 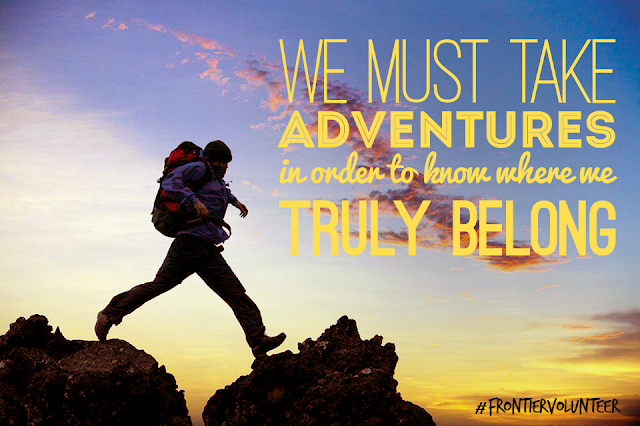