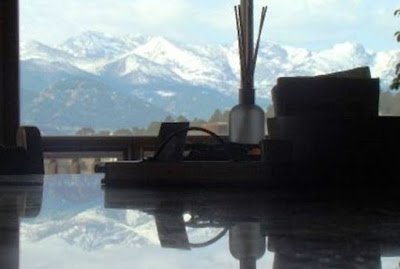 Booking a trip to Rocky Mountain National Park at the end of March could result in beautiful weather or end in a blizzard. Luckily for us, we arrived 10 days after the blizzard struck, and had beautiful, sunny weather, with lots of snow on the mountains. We stayed in a gorgeous home on the north side of Estes Park and experienced spectacular views.

The first full day, we breakfasted at Claire's On the Park, which is in downtown Estes. Then we drove out to Rocky Mountain National Park where I bought the Annual Park Pass as part of my commitment to the Parks. We had a general idea of where we wanted to go so started driving in that direction (essentially, up). 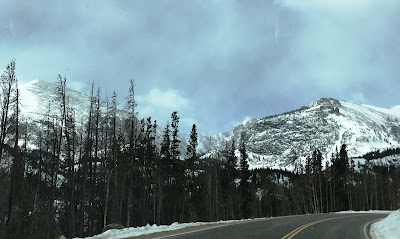 The trail/parking lot we were hoping to stop at was completely full, so we kept driving up until we reached Bear Lake. Here, we parked, noticed everyone wearing skis or snow shoes, and questioned the wisdom in attempting a snow hike in hiking books/snow boots (the ladies), and two of us in tennis shoes and jeans (silly boys).

Crossing the lake was extremely difficult. We kept sinking into the snow and the trek exhausted us. We discussed continuing and wondered if the remaining trail would be as difficult.We decided to keep going. Once we cleared some trees, the trail started inclining. We quickly discovered that if we climbed up on the snow bank part (and not the icy trail), we were able to have stability and climb without (much) slipping. The first big hill, we abandoned one of our four (I know, I know, never leave a man behind but his tennis shoes were causing climbing issues, and he decided to stay put). The three of us continued and every corner we came around revealed a more spectacular view. Eventually, we made it to the top, where we made friends with a couple in their 70's and a couple in their late 20's.


The couple in their 20’s and we three kept climbing, forming our own path, until we reached a point where we decided it would be extremely difficult to keep climbing. Thus, the five of us began our trek down the mountain. This was my favorite part. One person slid down on her backside the entire way (it helped tremendously to be wearing snow pants), another tried to stay on his feet, but kept falling and then sliding down. Me? I crouched low and slid down on my shoes. It was like sledding, only using my feet. So much fun! At one point, there was a big boulder of snow at the bottom of an incline, and I came out of my crouch and leaped on top of the snow pile. Awesome. Another time, we were sliding and there was a small tree, followed by a drop off. I had to use my feet to stop my fast decent, then roll out of the way before the person behind me ran into me. Another terrific moment.

About this time, the "man left behind" caught up to us. A great feeling that he kept going and was able to conquer the mountain! Three of us six took a path to the right that led down a steep decline. At the bottom, the path ended, which meant we took a wrong turn and had to climb back up. Taking a break for everyone to catch up, a little birdie visited us. A lovely Disney princess moment, the bird kept jumping from branch to branch until it provided me with the perfect photo. 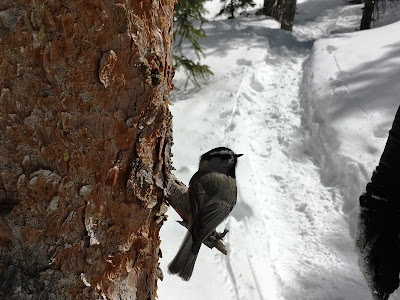 We made it down the mountain, made plans with the couple to meet at the local winery, and then drove home to shower and warm up. After the winery, we walked across the street to a brewery, and then went to a local restaurant for snacks. Back home to play games and watch Ghost shows.

The next day, the boys decided to chill inside while the ladies went back to the mountain. The day started off a little rough as I began experiencing altitude sickness. The nausea and headache stayed with me for the next 5 days (even after returning to lower elevation and flying back to Texas). Boo.

We attempted to park at the desired trail (Sky Pond) but again, it was full, so we parked at Bear Lake. Instead of going right, we decided to try the left trail and visit the 4 lakes. We rented snow shoes this day, and while it was helpful at some points, it was extremely difficult to maneuver, and hurt my feet. If doing it again, I would use crampons (metal spikes that go under your shoes and help stabilize/not slip when climbing on ice). Nonetheless, we made it to the third lake before deciding we had gone far enough. I imagine these trails are gorgeous during summer when the lakes are not frozen.

The second day, we passed more people, and quite frankly, I didn’t enjoy it as much. There’s something about escaping civilization on top of a mountain and only running into four other people and a bird that soothed my soul. It also could have been the confinement of the snow shoes. I truly enjoyed sliding down the mountain in my shoes.

The four of us met up at the movies to watch Zootopia (because what vacation is complete without a movie?). After a nice dinner at Twin Owls Steakhouse (where we saw many Elk!), the four of us headed home to pack and crash. 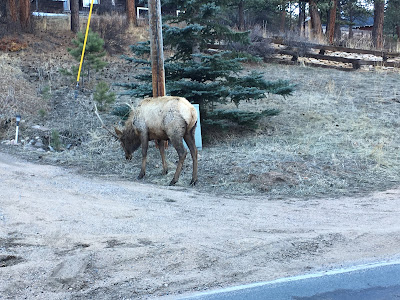 A few of my favorite photos from the trip: 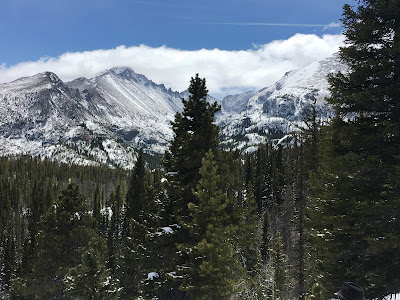 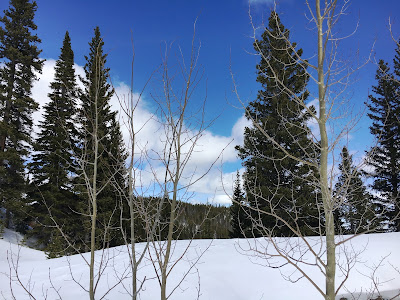 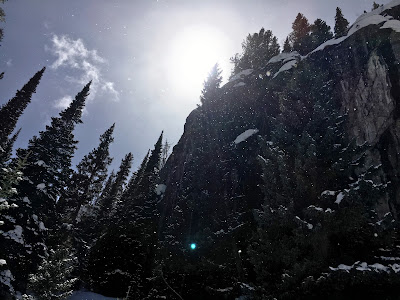 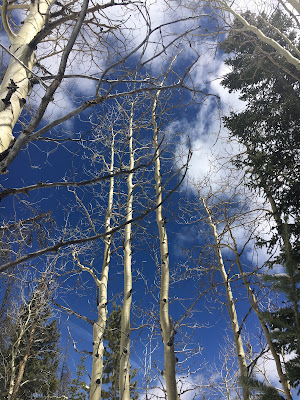 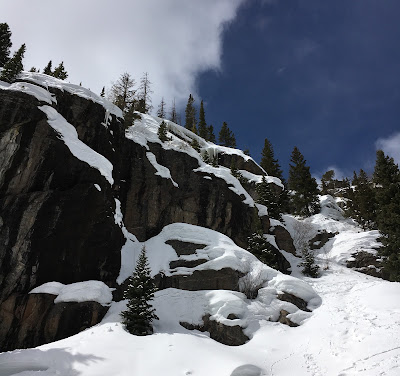